Menu
"COVERING THE CHICAGO AREA FOR 3 GENERATIONS"
Go Back

Fathers are a special kind of human; they’re strong and tough, but also sweet like a teddy bear. The way that men stand up for their family and protect them during times of trial is really a sight to behold.

They can also be quite endearing when they try to complete DIY projects at home but realize part way through that they’re in over their heads. In honor of Father’s Day, let’s take a look at some of the ways that industrious dads can bite off a bit more than they can chew, especially in plumbing! 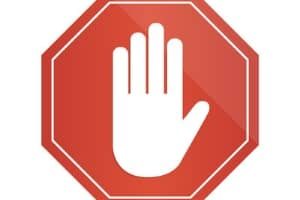 Installing a toilet in a new home is usually quick and simple. However, replacing an old toilet can present a plumbing dad with a few problems.

If the old toilet leaked, there could be water damage in the floor beneath the bathroom. If the floor is warped or decaying from water rot, it’s essential that a professional replace the damaged portion of the floor before installing the new toilet.

If your dad only dries out the water and then proceed with the installation, he might not be able to affix the wax seal properly if the floorboards are warped. This will lead to more leaking and more problems.

Another issue that DIY dads might face is over or under-tightening the bowl. It’s important that it be tight enough to eliminate any wobble, but too tight isn’t a good thing. If your dad is trying to impress you with his strength and he over-tightens the bowl, the porcelain will be under too much. Eventually, the bowl will crack, and he’ll have to call a professional to replace the toilet.

Isn’t it just easier to start with the pros?

Water leaks can wreak havoc in your home and can be costly to repair. Not only do you have to replace anything that the water damaged, but your water bill also might be higher until you discover the leak.

Is duct tape your dad’s go-to tool? If so, you should strongly encourage him to leave his tape in the shop and call a professional for this repair. Duct tape might act as a band-aid to stop the leak for a while, but it’s not a long-term solution. Eventually, the tape will wear off, and the leak will start back up.

Instead of putting off the inevitable repair, encourage your dad to rip off the duct tape band-aid, and get professional help. The cost of the repair will be lower if he calls as soon as he finds the leak, rather than a month or two later when it’s started dripping again. 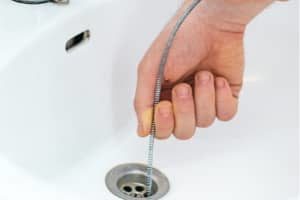 Cleaning out pipe clogs is something that virtually no homeowner gets excited about, not even your plumbing dad. Give him an easy out by bringing in a professional to snake the drain.

While the process is relatively straightforward, it can be hard for inexperienced people to distinguish between the feeling of hitting the clog and hitting a curve in the pipe.

If your dad starts twisting the snake too soon, he could end up poking a hole in the pipe rather than the clog. Also, your dad might not be able to tell when he’s fully cleared the pipe, versus pushing the clog further down the line. He might end up wasting his precious weekend time only to find that the pipe is still as clogged as ever.

Dad could accidentally do some damage that he might not notice right away, but that could come back to haunt him months or years later. First, he could scratch the porcelain sink, which makes it weak and can eventually develop into a crack. Also, he could scratch the inside of the pipe. If you live in an older home with metal pipes, interior scratches can rust, which weakens the pipe and can lead to cracks or collapses later.

There are several things that your well-meaning dad can do that could make the problem worse, so it’s best to get help from the start. There’s no shame in asking for help, even for a handy dad, and a dad who learns from past plumbing mishaps is the wisest dad of all.

"After a sump pump failure, we called Jim Wagner Plumbing. Dan arrived a short time later (on a Saturday) and explained all the options. This appears to be a great company with a friendly, professional, and competent staff. We intend to use them in the future."

"Bryan from Jim Wagner plumbing was courteous, and efficient. His workmanship was outstanding and Wagner Plumbing prices seem reasonable. I highly recommend them."